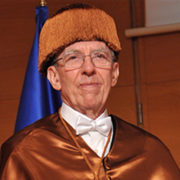 On March 14 he visited the ITQ and gave the lecture entitled “From Chemical Topology to Molecular Machines” in the Assembly Hall of the ETSII. The ITQ, through a project of the scientific culture network of the CSIC funded by F E C Y T · Ciencia e Innovación ·, conducts workshops in schools to promote science among youth. 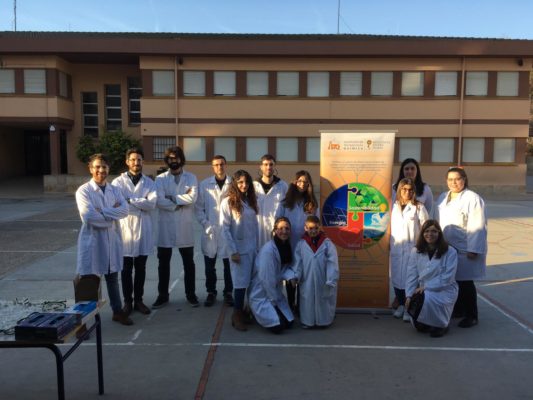 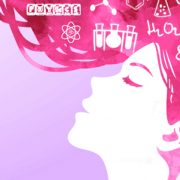 The event “Women and Science: a path to the future”, organized by the Instituto Universitario Mixto de Tecnología Química (ITQ, UPV-CSIC), aims to highlight the role of women in science through the participation of scientists from different areas who will provide their personal vision. Next, there will be a round table where institutional representatives will discuss the current situation and future perspectives of women in research. 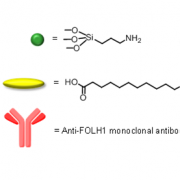 In Europe, prostate cancer is the most common form of cancer in men, with a greater incidence of 100 cases per 100,000 men. In addition, it is the second most common cause of cancer death in men today.

This pathology mainly affects elder men: nine out of 10 deaths occur after 65 years. Therefore, it represents a very important concern for health in developed countries, where the population of elder men is the majority. In this context, although docetaxel is the most used chemotherapy for hormone-resistant prostate cancer, its high systemic toxicity limits both the dose and duration of therapy, which significantly reduces its antitumor efficacy.

The tests carried out open the door to the future application of very effective treatments at very low doses of docetaxel. This novel nanomedicine would be administered by intraprostatic injection, without minimum secondary effect over healthy tissue. Completed in vitro studies have shown this system improves docetaxel antitumor activity (current drug for prostate cancer treatment) by one hundred fold.

After completing the in vitro study, the work is currently doing in vivo preclinical testing. Meanwhile, it is expected to start a phase I clinical trial over a small patient group in no longer than two years.

Furthermore, researchers have also developed a new nanomarker which enables tumor tissue labeling in prostate with high accuracy. “Thanks to PET image technique, radioactive isotope labeled nanomedicine is able to locate the malign tissue in the gland with unicellular precision, which will facilitate early disease diagnosis”, adds Botella.

These results have been published in the journal ACS Omega of the American Chemical Society.

How is the new nanomedicine?

The new nanomedicine developed is a system based on mesoporous silica nanoparticles functionalized with docetaxel and a monoclonal antibody (anti-FOLH1) that selectively interacts with PSMA receptors of prostate cancer cells. The system presents great stability in biological fluids and all components have been approved by the Food and Drug Administration (FDA, United States of America) for clinical use.

The presence of the monoclonal antibody promotes nanomedicine cell internalization into malignant cells (at least 25% higher than the free drug, as the naked molecule shows no tumor selectivity). Furthermore, the use of a specific docetaxel linking protocol to nanoparticles provides selective drug release inside cancer cells.

This work was initially funded by CURSOL (Valencian Community Resort and Solidarity Culture) foundation, and is currently fitted in TERACAP project, which is supported by Valencian Community government, and whose principal investigator is Prof. Jose María Benlloch, Director of Molecular Imaging Instrumentation Institute (I3M), joined center of UPV and CSIC.

In this project, together with I3M, ITQ Nanomedicine’s Team (headed by Dr. Pablo Botella) is also involved. Furthermore, a team of Hospital Uni­versitari i Politècnic La Fe (headed by Dr. Cesar David Vera-Donoso), and another from CIPF (headed by Dr. Victoria Moreno), supervise in vivo preclinical testing and clinical trials.

On the occasion of the International Day of Women and Girls in Science to be held on February 11, the ITQ has organized, in collaboration with different schools, institutes, and the initiative 11defebrero.org, a number of talks and workshops aimed at students of ESO and high school.

In this event, 17 researchers will give 13 talks and different workshops in 22 schools and institutes all around Spain, with the objective of showing a total of approximately 2000 students the possibilities that scientific and engineering careers can offer to women, making visible the work of scientists women and offering women models as reference for their future.

The talks for this year are: C. Segarra “The 5 women Nobel Prize in Chemistry. Fun in the laboratory “; C. P. Galdeano “Why science?”; C. Anaya and O. Rodríguez “I · lluminat”; E. M. Gross-Sánchez “Wonder Woman”; E. Segura Sanchis “The role of women in science and my experience as a scientist”; M. Ventura “Women, Chemistry and Sustainability”; M. Feliz “Inspired by the design of materials aimed at industry and green chemistry”; M. Puche “Women and science”; N. Bausá, S. Escorihuela and F. Tolrá “The scientific woman”; P. Concepción “The role of science and chemistry in today’s society”; R. Adam and E. Vengut “Chemistry in action”; S. Remiro “Scientists in history. Trajectory of a researcher and professional opportunities in the field of science “; and M. Boronat “L’ofici de investigaador / a”. 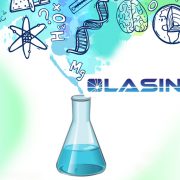 Next Monday, January 14 begins the 1st  Theoretical-practical school of Laser Flash FotolysisThis School is aimed to PhD students and postdoctoral researchers who want to acquire theoretical-practical knowledge in a technique with great potential for the elucidation of reaction mechanisms.The School is structured in seven theoretical units, two seminars and three laboratory practices.

With the collaboration of ITQ and Lasing

Flyer of the school 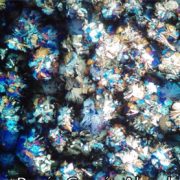 The video with the participating photographs and winners of the 1st Scientific Photography Contest “La Ciencia es FantasticITQa”, organized by the Instituto de Tecnología Química (ITQ, UPV-CSIC) is now available.

You can find the video here

(We recommend using a resolution of at least 480p)

Congratulations to all the people who participated! 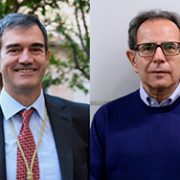 Four researchers from the UPV, among the most influential in the world

The researchers Avelino Corma (ITQ), Amparo Chiralt, Hermenegildo García (ITQ) and Pedro Luis Rodríguez, who carry out their scientific work at the Universitat Politècnica de València (UPV), are among the most influential scientists in the world. The four scientists have been included in the Highly Cited Researchers (HCR) 2018 list, a classification developed annually by Clarivate Analytics, which recognizes the most cited researchers in the world 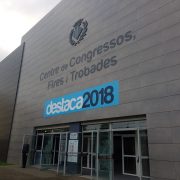 From 14 to 16 November, ITQ participates in the Fair of Scientific, Technologic and Innovation Transfer “Destaca2018” Congress, which will be held at the Centre de Congressos, Fires i Trobades de Vila-real (Castellón, España), where some of ITQ´s latest advances and research lines will be shown, Destaca2018 is attended by Ximo Puig, President of the Generalitat Valenciana. 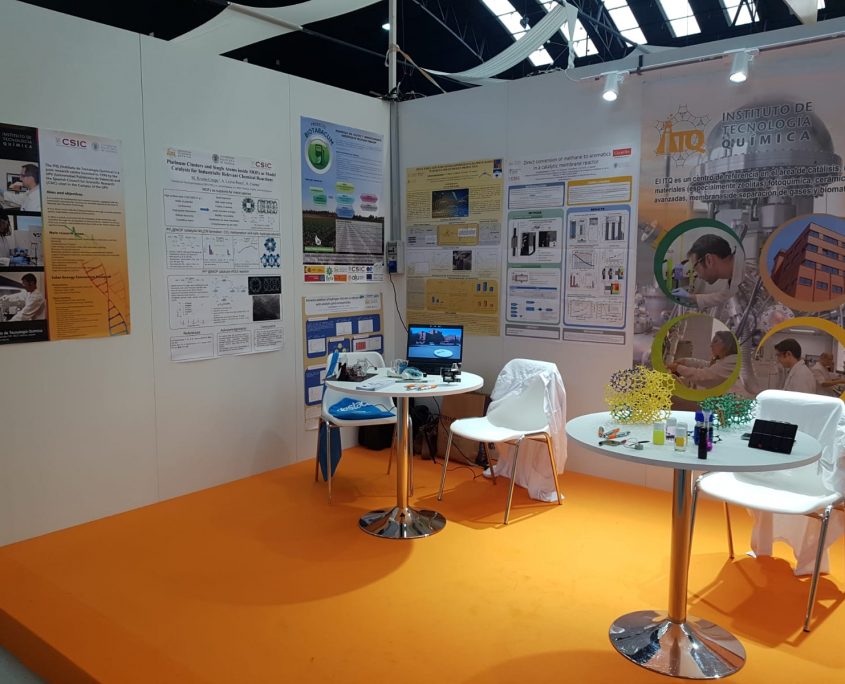 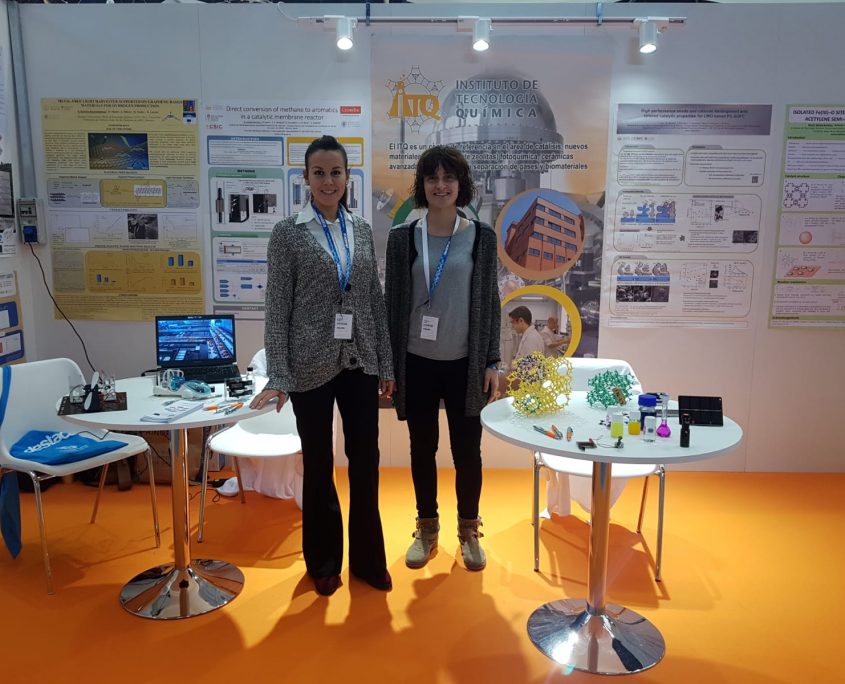 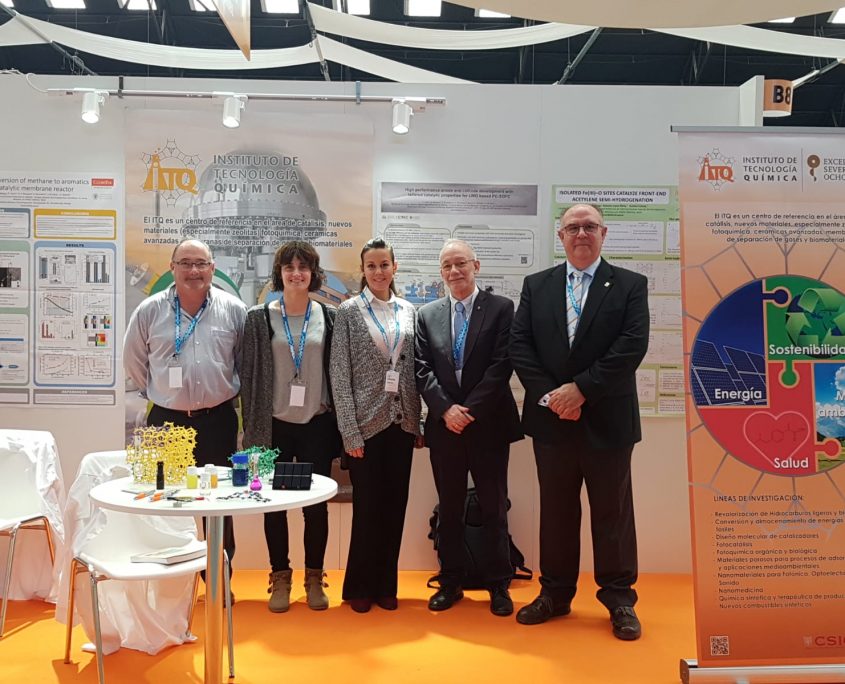 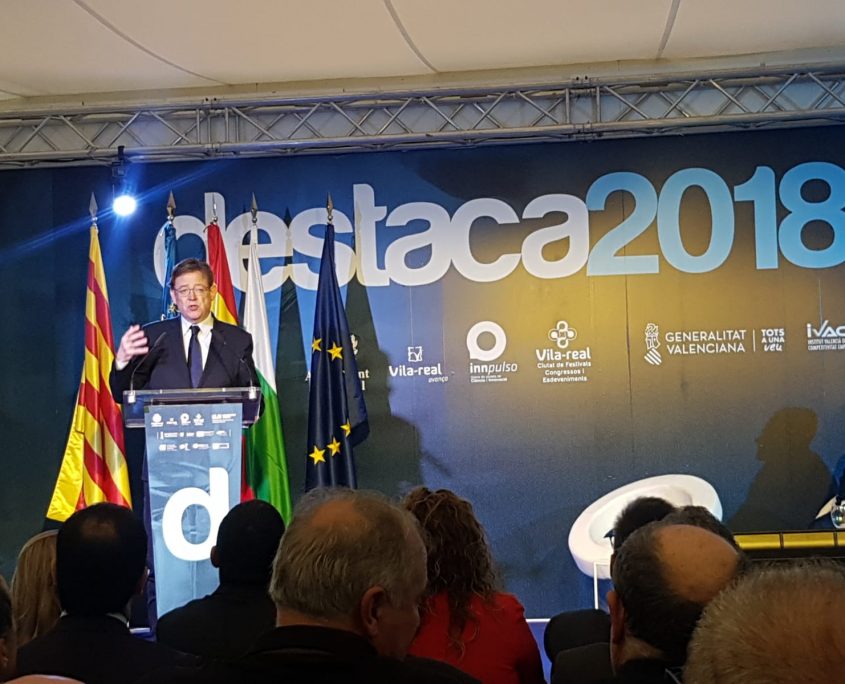 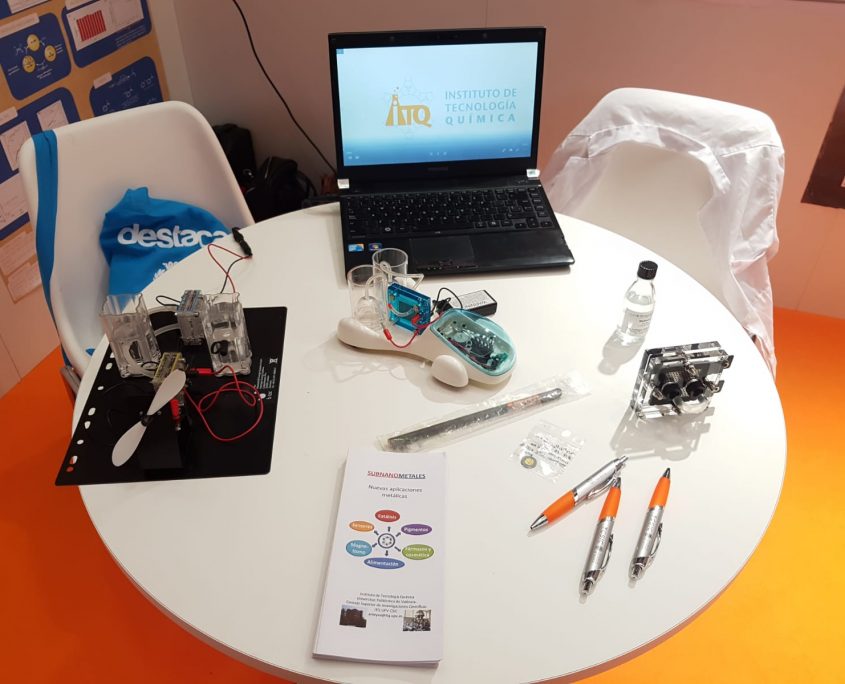 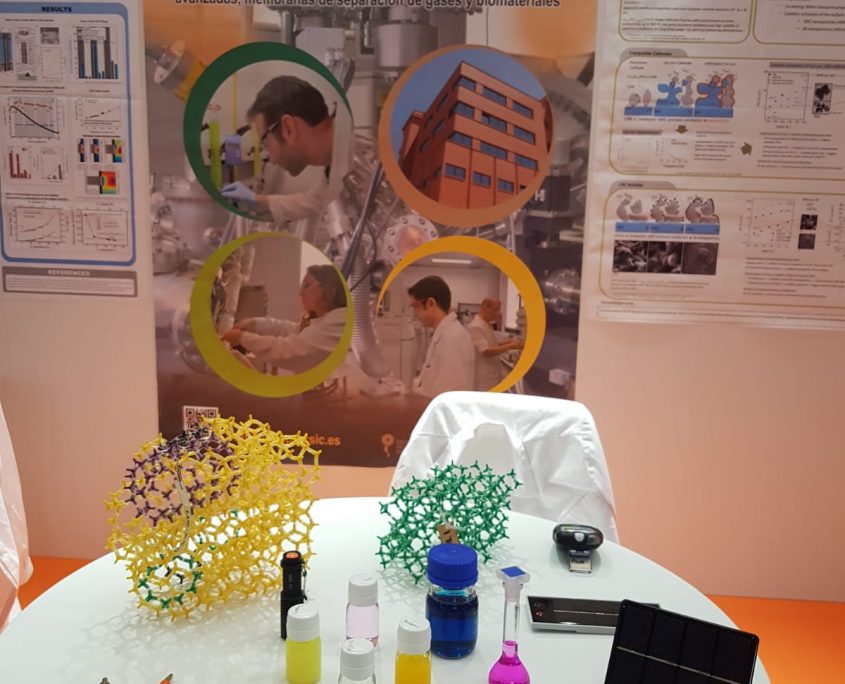 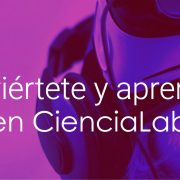 The ITQ participates in CiènciaLab 2018, an activity organized by the Universitat Politècnica de València.

CiènciaLab 2018 will be held throughout the months of October, November and December, two Wednesdays a month.

The workshop organized by the ITQ under the title “ConCienciaT divertiendoT. Chemistry Workshop” aims to bring students to the world of chemistry through simple and fun experiments.

You can find more information in the link