Researchers at the Instituto de Tecnología Química (ITQ/ UPV-CSIC) have developed a new zeolite catalyst which has been shown to remain stable at high temperatures and which could have potential industrial applications in the production of propylene, one of the chemical compounds most widely used at the moment. The results from their investigation, which have been published in the journal Nature Materials, have already been licensed.

Zeolites are microporous crystalline materials with well-defined structures that allow the capture of tiny molecules inside them. Different chemical reactions can be obtained depending on the chemical composition and the typology of these microporous structures. Avelino Corma, lead investigator from the CSIC in the Instituto de Tecnología Química has explained that “one of the greatest challenges for zeolite synthesis is to localize the active sites inside the structure of pores and cavities of varying dimensions. When we insert metals with catalyst properties such as platinum inside a zeolite, these tend to distribute in a random fashion. Hence, the selective location of the active sites in a specific type of pore or cavity is a key challenge with important implications for their catalyst applications”.

Researchers at the Instituto de Tecnología Química faced a triple challenge that involved generating subnanometric metal clusters, which are small clusters of a few atoms inside a zeolite; achieving their stability through the control of their reactive properties; and obtaining all this in a pure silica MFI zeolite to avoid the presence of acids in the resulting material.

“The synthesis of subnanometric metal clusters at high temperatures above 500ºC remains problematic. In other words, this means they tend to cluster in groups, a fact that reduces their use as catalysts. That is why we think that zeolites could constitute an ideal way to stabilize subnanometric metal catalysts” explains Corma.

Scientists at the Instituto de Tecnología Química have succeeded in localizing highly stable platinum subnanometric clusters in the sinusoidal channels of purely siliceous MFI zeolite. What is more, they have achieved it by employing electron microscopy techniques and integrated differential phase contrast imaging techniques.

As Corma has stated: “The catalysts we have created display a high stability, selectivity and activity for the industrial process of dehydrogenation of propane to form propylene, as one of its multiple industrial applications. What is more, we also believe that this stabilization strategy could also be applied to other metals and to other crystalline porous materials”.

4 scholarships from the Ministerio de Ciencia, Innovación y Universidades for... 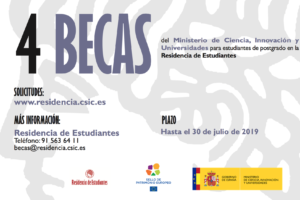 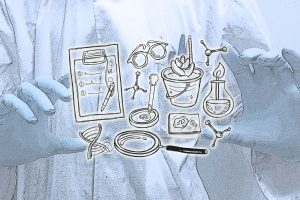