Antonio Leyva Pérez is a Titular Scientist from the CSIC. He completed his doctorate under the supervision of Prof. Hermenegildo García in 2005, and stays with Prof. Steven L. Buchwald at the Massachusetts Institute of Technology (USA, Boston, 2004) and with Prof. Steven V. Ley at the University of Cambridge (UK, 2005-2007). In 2008 he joined the group of Prof. Avelino Corma to develop sustainable reactions in organic chemistry through the design of catalysts. In 2016, he obtained a Distinguished Researcher contract and started his independent CSIC group named “Catalysis for Sustainable Organic Synthesis”. He has supervised 6 doctoral theses and several end-of-graduate/master projects, and published about 100 papers and 13 patents, many of them as the main author and in prestigious international journals such as Science and Nature Series, with an index h=40 (2022). Among other distinctions, he has received the Extraordinary Prize from the Polytechnic University of Valencia (2006) and a Ramón y Cajal contract (2013), and is PI of projects of the national plan and the fBBVA foundation. 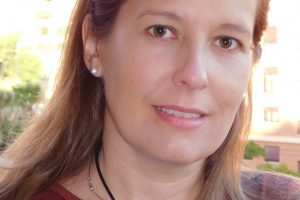