Hermenegildo García Gómez (Canals 1957) studied Chemistry at the University of Valencia (extraordinary degree award, 1979) and did his PhD at the Organic Chemistry Department of the Faculty of Pharmacy of Valencia under the supervision of Professor Miguel A. Miranda Alonso in the field of Preparative Organic Photochemistry obtaining his PhD degree in 1983 (Extraordinary Thesis Award). In 1983 he joined the Chemistry department of the Universidad Politécnica de Valencia chaired by Professor Jaime Primo Millo being Full Professor in 1996. He joined the Institute of Chemical Technology (ITQ) since its foundation in 1991. He did a postdoctoral stay at the University of Reading with Professor Andrew Gilbert (1987) and many other sabbatical leaves at the University of Ottawa joining the Laser Flash Photolysis group of Professor J. C. Scaiano with whom he has maintained a fluid collaboration since 1992.

Prof. García has focused his research in the field of photochemistry and heterogeneous catalysis where he has studied different materials like periodic mesoporous organosilicas, carbon nanotubes, diamonds nanoparticles and metal-organic framework among other materials. Prof. Garcia has published more than 450 scientific publications in journals in the area of Chemistry, Materials and Environmental Science and has directed 31 Doctoral Thesis. He has filed more than 20 patents, one of them has been commercialized and other two are in precommercial stage. He has given more than 40 lectures in different Congress and is member of the Advisory Council of Energy and Environmental Science, Photochemical and Photobiological Science and Journal of Molecular Catalysis. At present he is working in the field of photocatalytic hydrogen generation in collaboration with Prof. Vicente Fornés and in water depuration with Prof. Mercedes Alvaro.

2011 Doctor Honoris Causa of the University of Bucharest
2011 Janssen-Cilag Award for Organic Chemistry given by the Spanish Royal Society of Chemistry
2011 Distinguished Visiting Professor of University of Ottawa
2009 Alpha Gold Award given by the Spanish Society of Glass and Ceramics for the best innovation in the area.
2008 Fellow of the Japan Society for the Promotion of Science 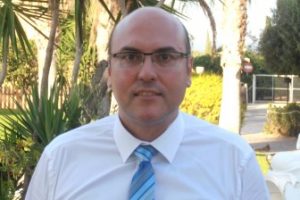 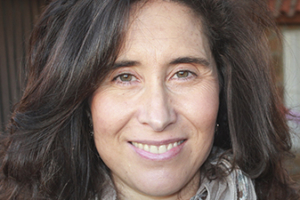