Dr. José M. Serra (1976) did his Ph.D. work at the Institute of Chemical Technology (ITQ) directed by Prof. A. Corma in collaboration with the Institute Français du Petrole. The thesis involved the development of new tools for combinatorial catalysis and its application in the discovery and optimization of industrial catalysts. After that, he conducted a 2-year postdoctoral stage at the Forschungszentrum Jülich, Germany, working on the development of nanostructured SOFC cathodes as well as ion conducting membranes.

In 2006 he joined again ITQ and leads the Energy Conversion and Storage Group, the Fuel Cells and Ionic Membranes research line. The current activities are principally focused on the application of catalysis and materials science in: (a) the development of solid oxide fuel cells components, paying special attention to the design and characterization of new electrocatalysts (principally, cathode materials); and (b) development of mixed ionic-electronic conducting membranes for oxygen and hydrogen separation and catalytic membrane reactor applications. As a result, several works have been published and different patents have been recently filed. He is co-author of more than 165 scientific articles, 15 book chapters, and 25 patents in the field of catalysis and energy (16 of them licensed to industry).

He was involved in three FP7 EU projects dealing with ionic membranes and proton-conducting fuel cells: EFFIPRO, NASA-OTM, and DEMOYS, and actually he is the coordinator researcher in charge of the European projects GAMER, iCAREPLAST, and eCOCO2 from the Horizon 2020 programme. The main research lines are ordered as follows: Solid oxide fuel cells (SOFC), lithium batteries and electrochemical reactors: electrocatalysis Ionic membranes, solid state electrochemical devices and catalytic membrane reactors Combinatorial science and catalysis: design and development of processes and equipment for high-throughput screening of materials libraries Heterogeneous catalysis: acid-base, red-ox and multifunctional catalysts Synthesis and characterization of ceramic materials, including mesoporous materials Chemical reactor engineering and process engineering: design and setting-up of chemical reactors and other facilities at bench and pilot scale.

Prof. Serra is the CSIC representative for the European Energy Research Alliance (EERA): Basic Science for Energy Joint Programme (AMPEA), Deputy Coordinator of the subprogram Materials Science in AMPEA. For his contribution to the field, he has received the ExxonMobil Chemical European Science and Engineering Award 2005, the Spanish Catalysis Society Ph.D. Award 2004, the Christian Friedrich Schönbein Medal 2009, European Ceramic Society Young Scientist Award 2015, Medal of the Royal Spanish Engineering Academy 2016 and Air Liquide Scientific Prize 2018. He is the founder of KERIONICS, the Spin-off which develops ceramic membrane systems for the generation of O2. 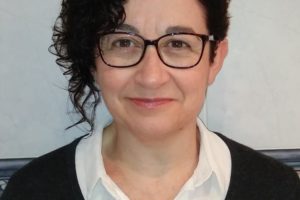