Susana Valencia obtained the degree in Chemistry from the University of Valencia in 1990, and completed her PhD in 1997 from the Universitat Politècnica de València with a doctoral thesis developed at Instituto de Tecnología Química (ITQ) about the synthesis of zeolite Beta. In 1997, she joined the ITQ staff as Specialized Technician of CSIC and in 2003 she promoted to Tenured Scientist. Since 2009 she is Research Scientist of CSIC in the ITQ.

Her main research lines are focused on the synthesis, characterization and catalytic applications of zeolitic microporous materials, as well as the study of their adsorption and diffusion properties for the use in separation processes.

During the period 2009 – 2017 she has been a member of the Board of the Spanish Group of Zeolites.

Since 2016 she is Associate Editor of the journal Adsorption Science & Technology (SAGE journals).

She has teaching experience since 2006 in the subject “Synthesis of Catalysts” of the Master’s Degree in Green Chemistry (Universitat Politècnica de València).

The list of her scientific publications, as well as her h index (h = 39, April 2019), can be seen in the link: Publications in Scopus.

Her scientific production includes articles published in Nature, Science, Nature Materials and Journal of the American Chemical Society, among others. She has supervised several PhD theses, has participated in numerous projects funded by public and private entities, has presented communications and invited conferences at congresses, and is co-inventor of 30 patents related to the synthesis of new microporous materials and their applications in different industrial processes. 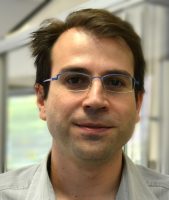