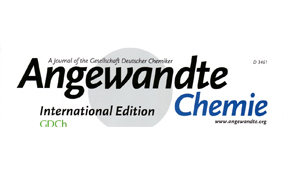 The following papers are very important in the opinion of two referees. They will be published as soon as possible.

Friedel–Crafts acylation and Koch carbonylation reactions occur through acylium cation intermediates on conventional homogeneous catalysts, and in spite of some controversial issues, a similar mechanism is generally assumed over solid acids. However, reaction mechanisms in heterogeneous catalysis and in solution are not necessarily equivalent, since the interaction of reactants with the active sites on solid surfaces can give rise to different intermediate species. Combining in situ solid-state NMR spectroscopy and theoretical calculations we show that acetyl species covalently bound to framework oxygen, instead of acylium cations, are the reactive intermediates in two important reactions catalyzed by acid zeolites.