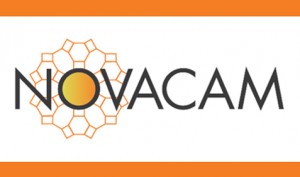 There are certain technologies that heavily rely in “critical” metals. Critical metals are defined as those that have limited resources localized  in a few geographical areas. The lists includes noble, precious metals such as Pt, Ir, Rh, Au, but also other less abundant metals such as Co, Ta, Ce, Eu, Ga, etc. The European Union is concerned on the vulnerability of the European industry to these metals and has launched a call to find replacement to these metals in all the pertinent areas. Chemical industry and Petrochemistry is based on the used of catalysts, many of which contain in its formulations these critical metals. The Novacam project is related to find alternative to the current catalysts containing critical metals. The focus is mostly in the development of new processes in which renewable resources based on biomass are used as feed stocks. This Nocavam project coordinates also the efforts in this area of European Union and Japan and has four European participants (Delft, ITQ Valencia, Cardiff and London) and three Japanese participants from Tokyo and Osaka.